The Parable of the Promotion Ladder and The Market 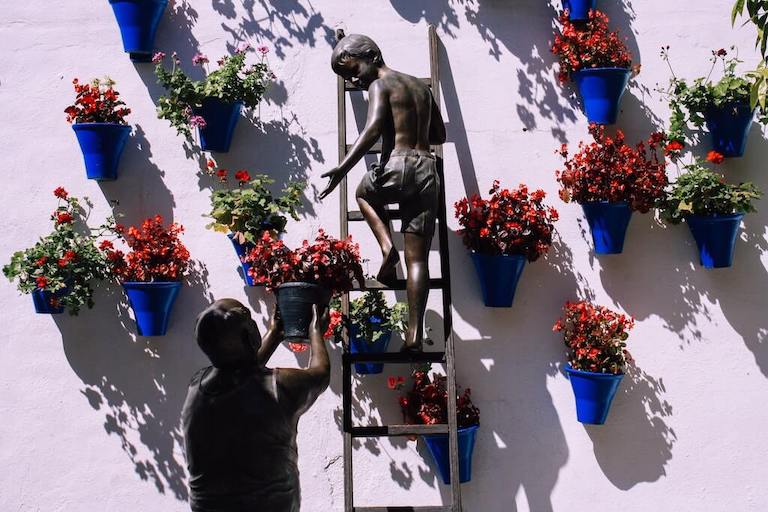 Sam is a software engineer. He works for a big tech company. Big tech companies have promotion exercises once every two quarters. These exercises are often called ‘levelling’ exercises, since the ranks within the engineering org are identified by levels — as in, Level 3, Level 4, Level 5 and so on. Each promotion is accompanied by a percentage raise on current salary and a commensurate stock grant.

One day, Sam discovers that he is underpaid compared to his peers.

One day, Sam discovers that he is underpaid compared to his peers. Joe, a colleague at the same level that he is, is paid $15k more per year. Sam is upset. Because promotions in his company award a percentage raise on his current salary, his pay will forever trail behind Joe’s (assuming that they both get promoted at the same time, that is). He suspects this is due to his lack of experience when negotiating for pay a year ago, when he first interviewed for his current job.

Sam decides to complain to his manager. His manager says he has no insight into salary; that’s handled by HR. Sam is torn up emotionally over this decision. On the one hand, he doesn’t want to rock the boat. He just wants to do his best work. On the other, the unfairness of the entire situation gets to him. He isn’t a lousier programmer than Joe — in fact, he’s worked on more important projects over the previous three quarters. He has consistently gotten praise for his work. So why should he be punished (and Joe rewarded) for what they did during the interview process so many months ago?

In the end, Sam can’t take it. He decides to make this an issue, and goes to HR.

Sam is a software engineer. She works for a big tech company. Recently, she discovers that she is underpaid compared to her peers. Joe, a colleague at the same level that she is, is paid $15k more per year. This rankles her.

Sam is aware that subtle sexism might be at play. She’s aware, for instance, of research that show that systemic problems hold women back within the workplace. She’s also aware of research that show men are more willing to try for positions — and opportunities — before they are ready for the role; women are less likely to do so.

(I’m linking to an article that provides more nuance to the research, because the claim deserves scrutiny. But the effect — of men applying for jobs before they are fully qualified — exists, even if the proposed reasons might differ.)

Sam is now faced with a choice: she can go to her boss and ask for a raise. She knows her manager will tell her to go to HR; in effect, asking for a raise means grappling with HR. She would have to play the next couple of months very carefully if she chooses to do so. She can do all of this, or she can choose to play a different game.

Let’s pretend that the company she works at is Stripe. (Disclaimer: I have friends working at Stripe, but this fictitious story has nothing to do with them or with anything they’ve ever told me about Stripe; I’m just using the company as an example … for reasons that will become clear in a minute).

Sam hears through the company grapevine that a bunch of senior engineers have been recruited to work on a secretive new project. The project has to do with a compelling problem that affects the entire ecommerce space. It has to do with ... chargebacks.

Every year, millions of merchants around the world deal with credit card chargebacks. This is what happens when customers dispute a charge on their credit card for some purchase or service that goes wrong. If the dispute goes through, the merchant pays up. This is incredibly costly to the merchant, and often serves as a tool for consumer abuse. (Listen to this Planet Money episode, for instance, which covers a number of ridiculous stories about consumers attempting to get things for free, the worst of which is the case of a couple who initiated a dispute over their wedding cake — after uploading happy photos of eating said cake to Instagram).

Stripe is proposing to shield the merchant from all credit card disputes, forever. This new project that Sam hears about aims to use machine learning on Stripe’s considerable payments network in order to identify high-risk transactions. This ML magic, in turn, will enable Stripe to mitigate its risk, and pay for whatever chargebacks that occur on behalf of the merchant. In exchange for this service, Stripe will charge a slightly higher payment processing fee — a fee that most merchants are willing to pay if they never want to handle a chargeback dispute ever again.

Sam likes this project because it is incredibly valuable — and the work she will have to do isn't something that's been done before. (This is — by the way — why I picked Stripe as my example. I really like Stripe’s product, and I think this innovation is exactly the sort of thing that leads to material career benefits).

Sam ignores her pay disparity and uses her network within the company to get into this new project. She then works hard for the next year or so. This work is extremely difficult. There are times during development where the team doubts they are able to pull it off.  But many, many months after Sam joins, the project is successful. Stripe launches chargeback protection — something nobody in the payments industry has done before.

When she enters the job market, she begins pitching other companies in the payments sector. She goes after Visa, Mastercard, Square, Braintree, and a whole number of banks with substantial business lines in payments processing. Her value proposition is clear: hire me, and I’ll build this up for you. The employers begin a bidding war to recruit her.

Eventually, Sam is hired by a leading multi-national bank. She is given her own team, and she builds an equivalent capability within the bank over the next five years. She then leaves at the VP level, and takes up another role in a regional payments processor. Her career trajectory has changed substantially.

Sam’s salary woes are long forgotten, because it is the market that evaluates her value now, not the vagaries of a promotion board. She is playing a completely different game. She has a skillset that is so rare and so valuable that she can command whatever price the market is willing to pay for her skills — and she does exactly this over the next decade, with impunity.

It is at this point in the parable that you would expect me to conclude with a lecture. Perhaps you expect me to say that Sam in the second story did better than Sam in the first story. You might expect me to argue that optimising for rare and valuable skills would let you circumvent systemic biases — and that this would work 100% of the time.

But I will do no such thing.

Real world careers are path-dependent and complex. It’s not clear that I can assert these things to be categorically true. To sidestep this problem, I've chosen to present my argument in narrative form — woven from a number of different stories from real people that I know. As you read this, you will read into this narrative what you wish to learn. This is intentional.

I have, however, chosen the format of a parable, and that format forces me to include at least one lesson. This is what I shall do. The lesson here is a lot simpler than the assertions I could have made, above. The lesson is this: there is more than one type of game being played in the workplace. Everyone knows the ‘climb the promotion ladder’ game. But not as many people seem to recognise that there’s a parallel game, the ‘gain rare and valuable skills and ignore minor salary optimisations until you can demand market compensation for those skills’ game. I happen to play the latter (I’ve written about that here). But there’s nothing to say that you can’t choose the former. They just involve different skills.

In the first story, perhaps Sam learns important political moves from his attempt to get a raise in his first job. He polishes those skills repeatedly throughout his career to get high compensation whenever he interviews. Over the next two decades, he climbs the corporate ladder by jumping across equivalent levels within the top tech companies, and ends up as VP of product in one of them. He retires as a well-compensated executive — secure and happy.

There are advantages to the second game, however. I chose ‘Sam’ because it is a unisex name, and made her female in the second story to illustrate some of them. If you’re stuck in an organisation or society with systemic biases, one possible way out is to let the market set your compensation. (Note how careful I am to make my claim here; this is by no means universal). But a more universally applicable version of this is that the second game gives you protection from the random draw of a bad boss. Concretely, what this looks like is that whenever you find yourself working under a horrible manager, or whenever you find yourself struggling in a toxic organisation, you can always jettison back out into the job market. Your skills guarantee you your next job.

Career Moats in a Recession →