Recently I had an experience that changed my understanding of believability. Since about 2010 I’d been reading a management blog by an engineering leader that I’ll call Q. Q is fairly famous — they’d been working in Silicon Valley for the good part of two decades, in fairly senior leadership roles at a series of famous companies. They also wrote a blog on management and leadership that’s been around since forever. From an external perspective at least, Q presents as an extremely authoritative, highly believable source.

Until recently, when I learnt that they weren’t.

For a few years now, I’d been hearing rumours that Q wasn’t all that they were cracked out to be. I didn’t place a high weight on these off-hand comments, of course, partly because I was so far away from Silicon Valley, and partly because such comments were few and far between (did I mention that I was far away from Silicon Valley? Yeah.) At any rate, the rumours didn’t directly affect me — I had no chance of working with or working for Q. The worst that could happen was that I could not trust any of Q’s writing — at least, not trust anything they’d written on management.

But a few weeks ago I finally learnt sufficient details about Q’s actual ability, from someone who was in an adjacent org in one of Q’s previous roles. (I had to ask around a bit, after hearing some detail about their conduct that finally caused me to dig). And I learnt that Q wasn’t everything that they made themselves out to be. It wasn’t that they’d failed in one organisational context, which happens to the best of us — Q had apparently done some rather horrible things in various roles over the years. The gap between their reputation and the actual execution of their skill was — as it turned out — extremely large.

I’ve written a fair amount on the concept of believability, most recently in Believability in Practice. One of the assumptions of believability is that you are able to evaluate a person’s advice by looking at the number of successes that they’ve had in their particular domain. But here was a person who I’d been reading for nearly a decade, who was very clearly not believable — and yet had all the trappings of believability; they’d been saying all the right things for as long as I could remember.

I was clearly very wrong. And I was shaken by this.

What is there to learn from this experience? This is a good question, albeit a dangerous one. I suspect that my experience with Q has occurred too recently to draw proper conclusions; I debated even writing this piece. As we’ve explored in a prior blog post — the hard thing about learning from experience is that you don’t know how to make sense of your own experience. You often need more expertise to draw the right lessons.

But I still believe that publishing this observation is useful. The following are a series of lessons that I’m considering (all of which I’m not holding particularly tightly at the moment):

The most conservative takeaway might be that management is an extremely low legibility skill. It’s not enough to watch the person talk the talk in management; it also matters how they’ve walked the walk. And figuring out how they’ve managed in practice demands that you reference check from multiple perspectives over the course of their career.

(It’s not enough to just ask direct reports; direct reports often don’t have the full organisational context in mind. Asking their bosses and their peers are probably critical if you want to get a holistic impression).

A second, more general conclusion might be that certain domains are decidedly more difficult to evaluate than others. In this context, I’m thinking specifically of domains where it is difficult to evaluate individual contributions to success. After all, it is easy to say that a candidate has had three successes if they are competitors in an individual sport. It is more difficult to say that a candidate had an actual impact if they were involved in three successful large scale projects. I’m sure we all know people who are extremely good at positioning themselves for plum projects within a large, political organisation. It’s not too difficult to imagine that ‘three successes in their past’ is really more an indication of political skill than it is actual domain-specific competence. And I don’t have a good solution for this.

I think what bothers me the most about my experience with Q is that I did not detect any of this in their writing — and I consider myself a decent manager. I say the second thing because I think I’m good enough to tell if someone is really at the level of management ability that they say they are. And yet ... no warning flags went off.

I’m unsure what to conclude here. Perhaps management is the kind of skill where it is easy to talk about what to do but difficult to put into practice (the same way that it is ‘easy’ to talk about what to do in weightlifting, but hard to stick to a routine over a long period of time). I’ve long empathised with Herbert Simon’s quip that “the principles of management are simple, even trivial (...) they are not widely practiced for the same reason that Christianity is not widely practiced. It is not enough to know what the principles are; you must acquire deeply ingrained habits of carrying them out, in the face of all sorts of strong urges to stray onto more comfortable and pleasant paths, to respond without inhibition to provocations, and just to goof off.”

Or perhaps certain people are simply so good at writing that they can pull wool over my eyes however they wish.

One thing I know for sure: putting believability to practice demands that you listen to people with at least three successes in their domain and a credible explanation when probed. The latter turns out to be the easier bit. The first one is harder than I thought.

Notes from an Alpha Test of a CFT Business Case Library → 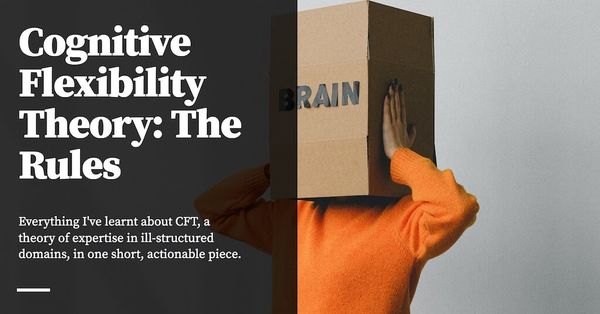 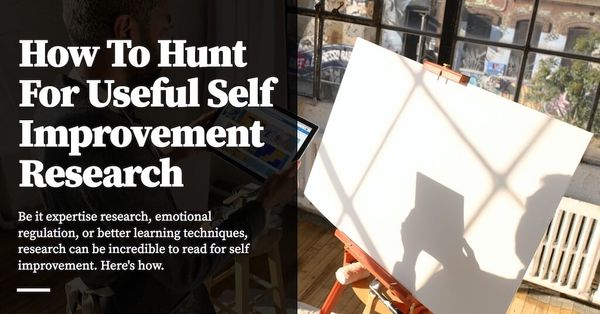 How To Hunt For Useful Self Improvement Research 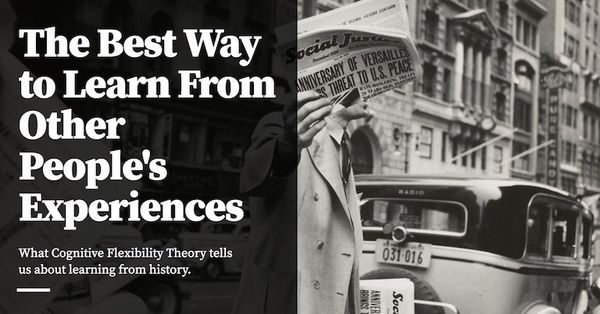 The Best Way to Learn From Other People's Experiences