You Can't Teach What They Aren't Ready to Know 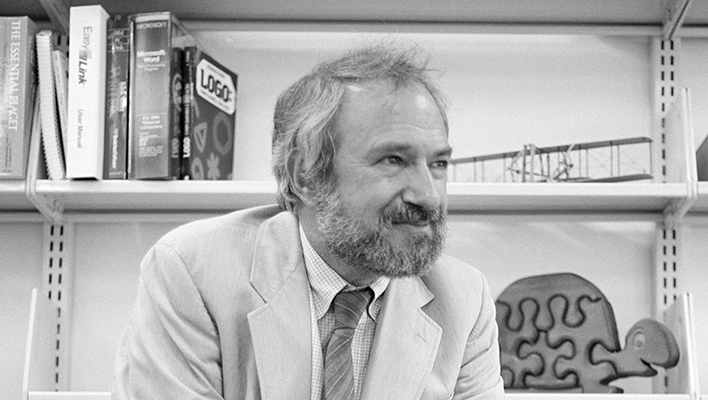 There’s an old English proverb about leading a horse to water — a proverb that has been in continuous use since the 12th century. Given what we know of how humans learn, we could presumably adapt this saying to more modern concerns: something like “you can lead a student to a mental model, but you can’t get it to take”.

I’ve been spending some time thinking about Seymour Papert’s ideas ever since I read and summarised Greg Wilson’s Teaching Tech Together — a book that was ostensibly about teaching computer programming to beginners, but secretly a great overview of all that is known about how humans learn.

In it, I linked to a fantastic summary of Papert’s work by Amy Ko, who wrote:

Papert further argued that the very scientists and engineers who depend on Newton’s formula also didn’t learn it by absorbing it directly into their minds, but rather, they had to develop their own personal understanding of the formula’s meaning by building upon their prior knowledge, such as their physical experiences with bicycle riding or playing billiards. You may remember sitting in a physics class doing just this, wracking you mind trying to get an intuitive sense of the math, but only having your eureka moment when you found the right non-mathematical representation of the idea that was deeply linked to something you already understood. Only then could you link you prior knowledge to Newton’s formal representation. This is Papert’s “construction” of knowledge in action.

(…) A key corollary of Papert's critique of modern education is that by learning academic's formal representations of knowledge, students come to hate learning. Papert believed that learning to memorize and compute F=ma, completely divorced from it's meaning in the world and in a person's life, essentially requires teachers to lie to children about it's relevance. He lamented that teachers around the world must regularly argue, "This formula is important and valuable to you," when teachers know it is not, and don't even believe it is personally valuable to them. Papert believed that this deception erodes the relationship between teachers and children, and ultimately erodes the trust and respect of educational institutions. This stems from Papert's ideas — basically, if you can only guide a ready mind, then you can't hope to communicate insight or mental models just like that.

This idea — that you can’t communicate insight by explaining — has haunted me ever since. I can remember multiple times over the past couple of years where I impatiently clucked my tongue and decided that an effort at teaching was ‘hopeless’, and gave up on the person in question.

But perhaps I was mistaken? Perhaps all that I needed to do was to sit down and guide them through their mental models of the problem domain, performing a guided walk of what they knew until we reached an outcropping in their understanding, a platform closest to the idea that we want to master — and from there make the conceptual leap we needed to cross over to the new insight.

But I don’t think this is as easy as I make it out to be.

For starters, every person’s outcropping is different. Because we understand new things by linking them to existing pieces of knowledge, a teacher is heavily reliant on what the student currently knows, and how that knowledge is currently organised in their brains. What works for one student might not work for another.

In the past, when I trained my teammates in Vietnam to understand decorators in Python, or blocks in Ruby, I often came up across the same, uncrossable conceptual chasm. I used to say things like “give it some time”, or “wrestle with it for a little longer”, in the hopes that continuously bashing one’s head against the conceptual wall would lead to an eventual leap in understanding.

Papert suggests something better. From his point of view, because all knowledge is constructed, the best way to teach would be to give a student a series of progressive exercises designed to correct their existing mental models. Explanations and formalisations come after the student has developed an intuitive understanding of the concept; the teacher’s job is merely to facilitate the development of that insight — before giving the student tools to communicate it, such as mathematical notation.

As an example, consider this example offered by Wilson in Teaching Tech Together:

… imagine that you have placed a block of ice in a bathtub and then filled the tub to the rim with water. When the ice melts, does the water level go up (so that the tub overflows), go down, or stay the same?

The correct answer is that the level stays the same: the ice displaces its own weight in water, so it exactly fills the “hole” it has made when it melts. Figuring out why helps people build a model of the relationship between weight, volume, and density.

A knowledge-construction approach to teaching would involve the student experiencing a series of such questions, making guesses and mistakes as they slowly built up an intuition for how volume relates to weight and density. Then, as a final step, the teacher introduces the technical notation that captures this relationship, allowing the intuition to be externalised and made manipulatable.

Notice how different this approach is from teaching p=m/V first, and then asking the student to construct this intuition on their own. (Cue the references to ‘conceptual wall bashing’ — as I used to do).

Papert asserts that this format of teaching is exactly backwards, and it creates an artificial selection process for those who are masochistic enough, or persistent enough, to acquire that intuition for themselves. Ko continues:

Papert’s vision of teachers was therefore not as someone “presenting” knowledge and guiding their “acquisition” toward it, but as someone understanding a child’s prior knowledge, intuitively understanding the opportunities to build on top of that knowledge in a manner that results in a deeper understanding of a concept.

To put it simply: humans learn in a particular way, and Papert rallied against all the teaching methods that don’t take this into account.

There are other implications of Papert’s big idea that are worth considering.

One natural implication is that there are books for which one’s mind might be unprepared. Unlike a teacher who is able to adapt to a learner’s existing mental models, a book arrives fully formed — and you either have necessary mental architecture for it, or you don’t.

Have you ever read a book review with which you’ve strongly disagreed? “Man, this guy totally doesn’t get it,” you think, and then you dismiss them out of hand. I know I have; the second post in the Principles Sequence contains a defence of Ray Dalio’s Principles — written, I’ll admit, in response to the many negative reviews I found on Goodreads. I felt it necessary to put the book in context, but it’s clear now that these reviewers wrote their appraisals because Principles had failed to glom onto their existing mental architectures.

On the other hand, Principles changed me because I read it during an incredibly raw period of my life. My brain was ready to give Dalio’s ideas a shot.

A secondary implication here is that reading books a second or third time often yields different insights. Your mental models might have changed in the intervening years, providing new outcroppings from which to leap into adjacent areas of understanding. You might find yourself getting more out of a reread than you did the first time around. Knowledge construction explains this phenomenon: during the reread, you were ready to build different models for yourself; you noticed different levels of nuance you had missed the first time around.

The scary thought here is that you don’t actually know if a book is bad because you’re not ready for it, or if it’s bad because it truly is a turd of a book. Many intelligent people love Derrida, for instance, but I can’t bring myself to take Derrida’s ideas seriously.

Maybe I’m the one that’s at fault here; maybe Derrida is truly the genius everyone says he is.

The Valuable Ideas Aren’t the Explicit Ones

Papert’s big idea explains why the Socratic method works as a teaching methodology. By eschewing explanations and relying on repeated questioning, a teacher may quickly learn the map of a student’s existing understanding, and better guide them to the insight that is the goal of their conversation.

But there are also big limitations to the Socratic method. It’s true that the method works for well-structured and well-scoped ideas — ideas like learning a programming construct, for instance, or the key points of a philosophical worldview.

To borrow several terms from epistemology, the Socratic method (and therefore Papert’s approach) works wonderfully for “know-what” (facts) and “know-why” (science). But it begins to fail the further we move away from such explicit forms of knowledge, towards embodied or tacit knowledge. This is the ‘technê’ I’ve mentioned so often on Commonplace — the idea that certain types of knowledge cannot be easily expressed through words, and may only be learnt through practice or apprenticeship. These forms of knowledge are things like applying a martial art, kneading dough, riding a bicycle, or playing a musical instrument.

My assertion — heavily implied throughout my posts on this blog — is that tacit knowledge is what is valuable in one’s career.

If explicit knowledge is the ability to understand a programming construct — like Python decorators, or Ruby blocks; tacit knowledge is the practice of software engineering — the hundreds of tiny decisions an expert makes during their job. The former is easy to learn (watch this Youtube video); the latter isn’t (watch this InfoQ video).

Papert’s idea of knowledge construction tells us that humans learn by building on top of what they already know. This is a universal rule; Papert believes it applies to both explicit and tacit knowledge. It tells us that you can only learn what you are ready for.

But that means that when it comes to technê — a form of knowledge that can only be learnt through practice or apprenticeship — Papert’s idea becomes a limiting factor. If you can only learn what you are ready for, then you cannot learn from experts without practice of your own.

I wager that the mutterings of people like Dalio, Buffett and Munger are of limited use when you remain at the bottom levels of their respective skillsets. Technê is by definition knowledge that is difficult to codify and explain; their mutterings will therefore only be useful to people of a certain level of expertise.

This implies that you shouldn’t waste time looking for insight in codified mental models written down by second-rate bloggers (myself included). It implies that you should do as Buffett did when he went straight to Benjamin Graham at age 19: read only from expert practitioners, put things into practice, and if possible, find those practitioners directly and learn from them.