The Land and Expand Strategy for Reading 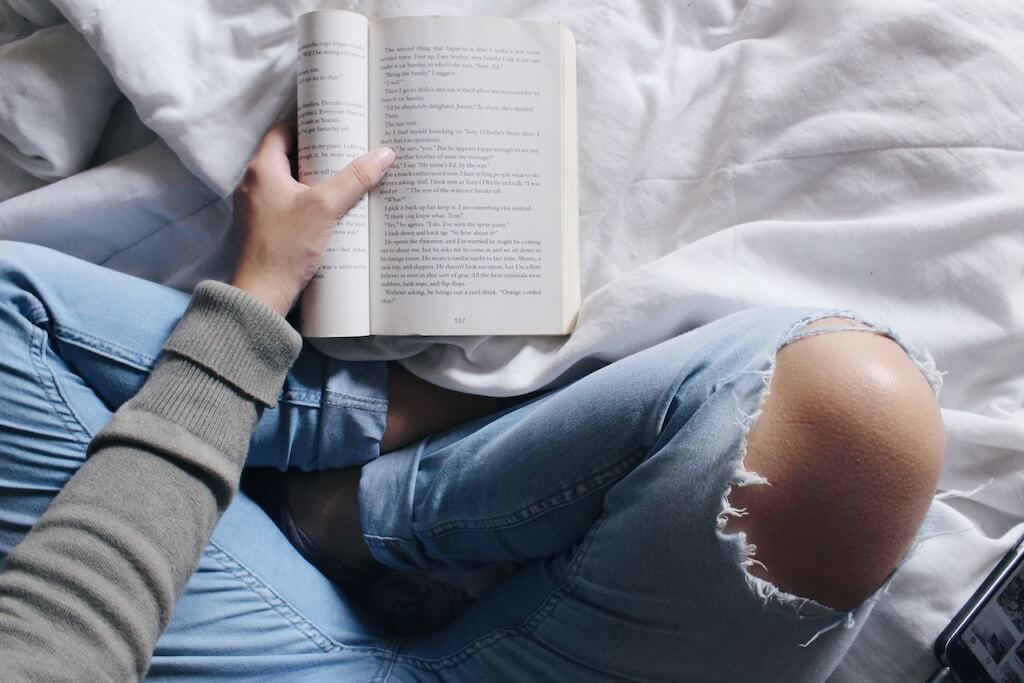 I’m currently on my 37th book of the year, and I think I’ve stumbled on a reading technique that works really well when it comes to reading in service of career goals. As far as reading techniques go, this one is remarkably easy to do — which is more than can be said for most reading strategies.

And it's also remarkably easy to explain. Which makes it seem a tad ridiculous ... but here goes:

When you want to learn something new from reading, read the stories around that thing before you read the thing itself.

Want to learn the Kelly Criterion? Read Fortune’s Formula first — William Poundstone’s fantastic book about the history of the gambling strategy, and its applications in Vegas, horse betting, and equity investing.

Want to ease yourself into the cognitive biases and heuristics literature? Read The Undoing Project — Michael Lewis’s fantastic accounting of Kahneman and Tversky and the research they did together. Then read  Thinking: Fast and Slow.

Want to understand the nuances behind the consulting business model? Read a history of McKinsey (I recommend The Firm, though others say nice things about The Lords of Strategy) before reading Maisters’s Managing the Professional Service Firm (my summary here).

To generalise, if you want to learn about topic X (where topic X is a framework, or a set of ideas that’s useful to you in your work and your life), land on the stories around X, and then expand into X itself.

Why Does This Work?

It seems bizarre that this strategy works as well as it does. Or that it even works at all.

I didn’t think much of reading biographies or histories before I started taking reading seriously. And maybe I’m late to the party. But I don’t see this approach to reading mentioned enough — so maybe not.

I think this technique works for a handful of reasons.

The first reason it works is because most people are too tired by their day jobs to read after work. You might know this, if you’ve tried: you come home after an annoying commute and a long day of meetings and bosses, and — despite your best intentions — find yourself binging Netflix or caught in a Youtube loop.

This is through no fault of your own. Nobody I know can read serious non-fiction idea books when they’re tired. And only a tiny handful are able to do so after work. Ideas are simply too difficult to parse after your energy dips below a certain point.

I’ve mentioned this in passing before, when I wrote a reflection on reading 51 books in 2018. In that post, I said that I eventually replaced my novel reading quota with narrative non-fiction; this worked out great because I was able to read after work, and my reading still retained some educational value.

So the first reason this reading technique works is that you’re able to read even when you’re tired. But why is that so valuable?

As it turns out, non-fiction narratives are important because human brains use narrative to learn effectively. This is a quirk of our evolution (and it’s sometimes referred to as a ‘sensemaking heuristic’ — I’m citing only one paper here, but the understanding that narrative is a heuristic we use to make sense of the world is commonly accepted in psychology).

We remember things better when there are stories attached, because that is how our brains are built to understand the world. Our ancestors spent their nights around campfires, sharing stories of the hunt to pass lessons on to their kin. With stories, we grok ideas in a way that we can’t if they were delivered to us in an atomised form, free of history and context.

I’ll give you an example to make this concrete.

In software, we have something called ‘agile software development’. Agile describes a set of techniques that uses iterative cycles of planning and execution. When it was first introduced, it was a revolutionary step up from ‘waterfall’ techniques. (Waterfall techniques focused on rigid, up-front planning, with little flexibility in eventual execution.)

The intellectual history of agile can be traced all the way back to the earliest days of manufacturing — in fact, to Henry Ford, the OG assembly line maestro himself. The Ford Motor Company became one of the most successful automobile companies in America on the back of Ford’s novel techniques — until it was defeated by Alfred P. Sloan’s GM in the late 20s.  Later, a young Japanese engineer named Taiichi Ohno studied Ford’s techniques in order to adapt them to Toyota’s car production in Japan. These techniques eventually became the Toyota Production System, which in turn became known as ‘Lean Manufacturing’ in the United States.

Finally, in 2003, Marie and Tom Poppendieck took those manufacturing techniques and applied them to software. Lean Software Development: An Agile Toolkit was the result.

And so here you can sort of squint and see a ‘land and expand’ reading strategy for agile.

If you follow this reading strategy, you’ll learn a number of surprising things:

“This seems like a lot of work!” I can hear you cry. And indeed it is. It’s far more effective to read Poppendiecks’s book and then learn the constraints through actual trial and error application of those ideas.

But if you’re reading about a field that isn’t directly actionable, you’ll have to resort to reading in order to build context. And as far as reading strategies go, this one isn’t that taxing. Two of these books read like novels. Only the third (Lean Software Development) takes effort to read.

So this gives us an opportunity. It means that you can set up your reading system in a staggered manner:

I realise that I’m not the first to have discovered this reading technique. Charlie Munger is a known fan of biographies, and Ryan Holiday has long argued that the goal of reading history is to remember the broad lessons, not the details. It seems that prolific readers eventually discover the value of reading narrative non-fiction.

That value is strengthened today, when Google and Wikipedia makes it trivially easy to map out the territory of the topic we're interested in.

I think my contribution here, if any, is to point out that you can stagger this while working a day job and living a full life. Most of us have work and family commitments that limit whatever time we have left for reading. A combination of land-and-expand strategy and selective narrative picking makes it possible, I think, to read non-fiction books and get the maximum value possible with a minimal quanta of time.

If you enjoyed this post, you'll probably like Beware What Sounds Insightful, and Lessons from Reading 51 Books in 2018. I'm also writing a book titled Keep Your People: The Startup Manager's Guide to Employee Retention. Read an excerpt here.