Neuroplasticity is a Pretty Useless Idea for Practice 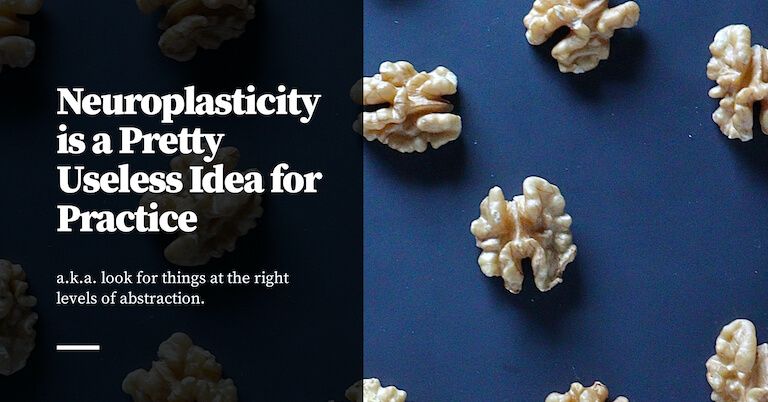 One of the more interesting things that I've learnt from personal experimentation — but that I have long struggled to express — is some notion of ‘don’t think at the wrong level of abstraction’.

I think this idea is broadly generalisable. For this post, however, I want to talk about a very specific instance of the principle: when attempting to get good at some skill, it is not as useful to think about or even talk about neuroplasticity.

First: neuroplasticity is a real thing — it is the observation that the human brain is able to reorganise synaptic functions and neural connections in order to adapt to learning, practice, or even brain trauma.

Neuroplasticity is a nice concept to know, if you’re curious about the brain. The idea very often shows up in books or blog posts about expertise and expert performance. K. Anders Ericsson, for example, dedicates an entire chapter to plasticity in his popular science book Peak; he uses it to argue that ‘hey, when you learn, your brain changes in response to it!’

So far so good. But as an idea, neuroplasticity is not particularly useful when you’re attempting to improve in some skill. It is patently ridiculous to say “Oh, I went on a neuroplasticity binge over the weekend, I worked with my coach to improve my chess openings” — you’re essentially saying “I practiced with a coach in order to change my brain.” Good on you!

Neuroplasticity simply tells us that the brain changes in response to learning. It doesn’t tell us how to learn better, or what pedagogical techniques work best for effective learning. And the research around neuroplasticity — that the brain can adapt to trauma, that physical therapy after a stroke works because it depends on the brain’s ability to reconfigure neural connections — isn’t as useful for practice as you might think; it doesn’t tell you anything instrumentally actionable that you may incorporate into your practice.

In other words, neuroplasticity operates at the wrong level of abstraction for learning. It describes what happens to your neural connections when you’re engaged in practice, but neuroscience isn’t the right level to mine for pedagogical insight. For that, you’ll have to go one level up — to the realm of cognitive science, or psychology. You’ll want to know things like:

This seems like a specific principle: if you’re a practitioner looking for better cognitive techniques, do not reach for neuroscience to explain what might be adequately handled by psychology, or cognitive science.

In other words, look for things at the right level of abstraction.

← Knowing The Dip Exists is a Heck of an Advantage 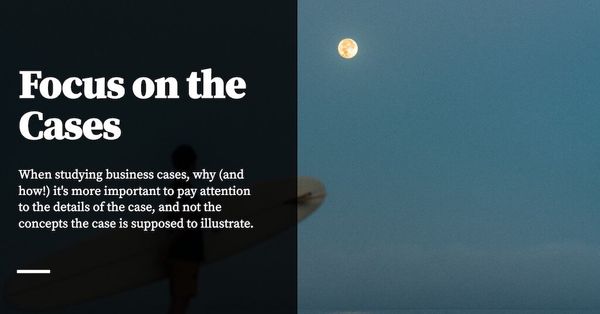